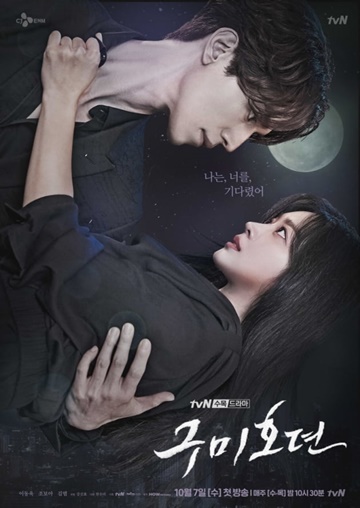 Lee Yeon (Lee Dong-Wook) was once the mountain spirit of Baekdudaegan. He sacrificed his life as a mountain god to resurrect the life of the woman he loved A Eum. Lee Yeon now lives his life as a nine tailed fox in human form. He has lived this way for hundreds of years.

Meanwhile, Nam Ji-A (Jo Bo-Ah) works for TVC station as a PD of documentaries. She seeks out stories on the supernatural. Back in 1999, her parents were involved in a car accident in Yeou Gogae. She remembers a man that saved her in that accident. Now, Nam Ji-A reviews CCTV footage from a wedding hall where the bride disappeared. She sees the man that saved her as child walking out the wedding wall with a red umbrella. His name is Lee Yeon.